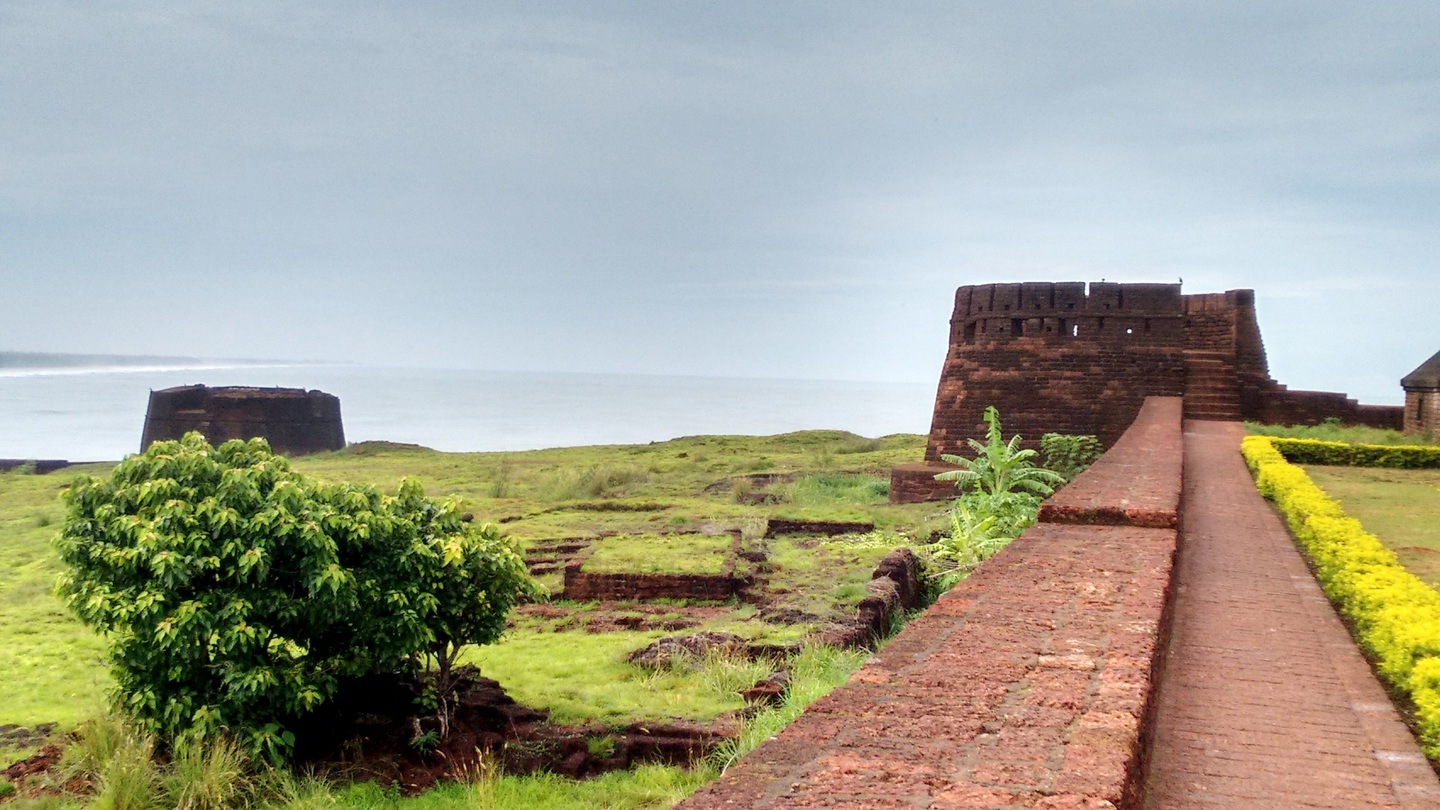 History sleeps here among the lonely battlements of the Bekal Fort, by the sea shore. The Bekal fort is the largest and the best preserved of its kind in Kerala. This 300 plus years old fort is located on a vast 35 acre headland that runs into the Arabian Sea.The tall observation towers of this hill-top fort built in 1502 AD by Ekkary Sivappu Nayak of Bednone, provide a panoramic view of the Lakshadweep sea.

The Bekal Fort feels like one of taken from the pages of grimms fairy tale. It has all the ingredients and the scenic richess of an abandoned fort onlooking the vast ocean.

This imposing structure of laterite rising 130 ft. above sea level has a chequered history or 300 years which adds to its interest as an excavation site. Due to its historic relevence, the fort is controlled by the Archeological Survey of India.

Bekal Fort which is the largest and the best preserved fort in Kerala is on the National Highway. According to the South Canara Mannual, Bekaln fort fell into the hands of Haider Ali of Mysore in 1763 and later into the hands of the British. The sea bastions,underground tunnels and the observation tower are impressive. An old mosque is situated very near the fort which is believed to be built by Tipu Sultan. Once huge Cannin emplacements perched on hill top.